“We are engaging with Air Mauritius and exploring opportunities together” 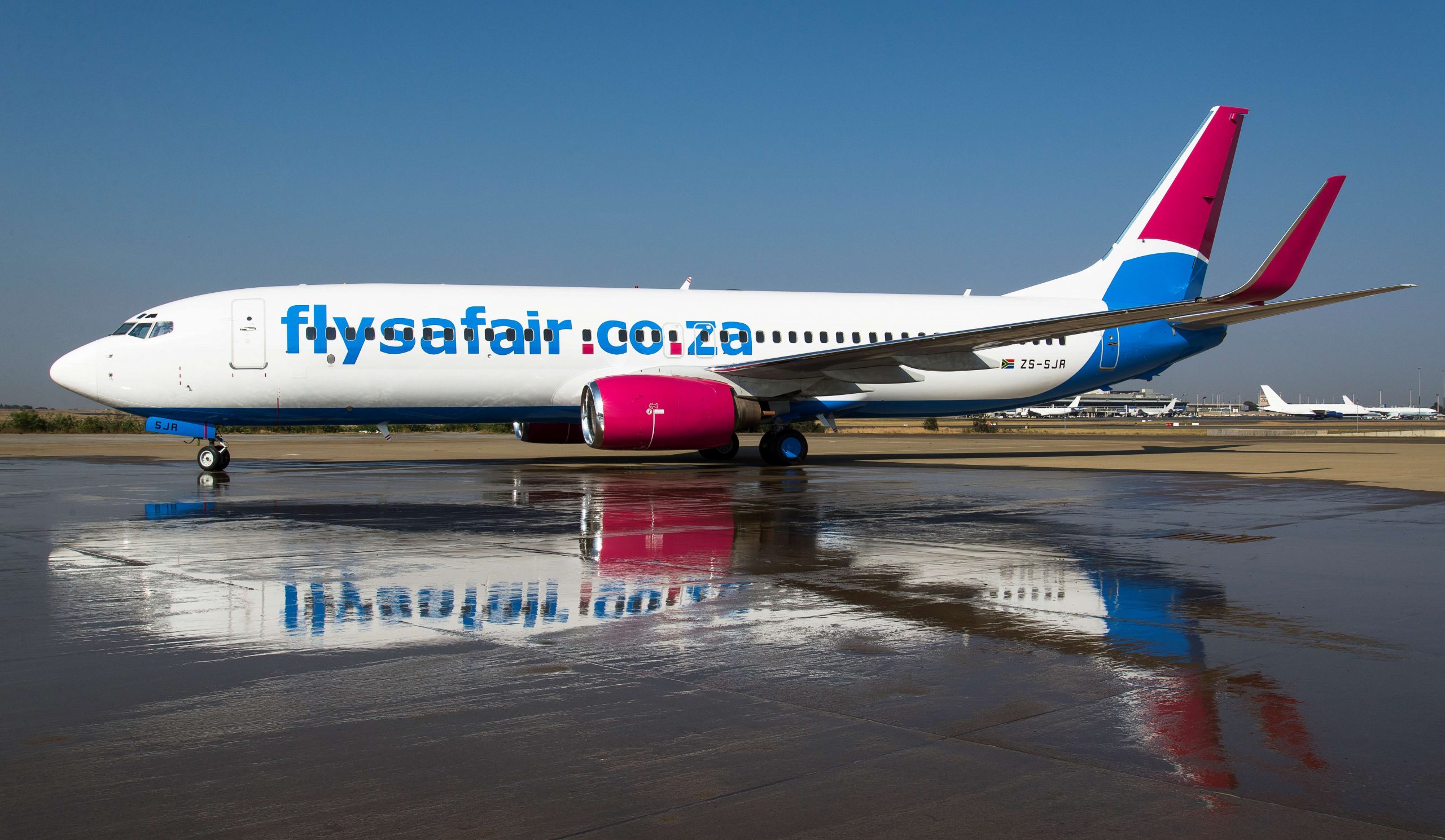 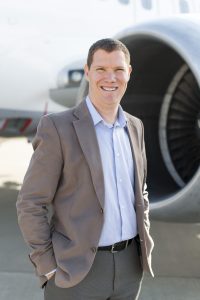 FlySafair has had its sights set on offering services beyond South Africa for some time. The low-cost carrier will spread its wings beyond South African borders, heading to Mauritius this December for its first international flight. Flysafair Ceo Elmar Conradie sees this new route as a milestone for the carrier.

FlySafair will operate outside the African continent for the first time. Why did you choose Mauritius for its first international flight?

First of all, FlySafair is a low-cost carrier. We were awarded ‘Aviation Company of the Year ‘at the 2019 South African Civil Aviation Authority awards along with ‘Aircraft Operator of the Year’, Aviation Customer Services, Aviation Security and Aviation Maintenance Organisation. The airline has also been named ‘Best Airline Africa and Indian Ocean’ in the TripAdvisor Travellers’ Choice awards for Airlines in 2018, 2019 and 2020. FlySafair began operations in October 2014 and is ranked South Africa’s most on-time airline, while proudly being the Trusted Domestic Carrier for the Springboks.

In just about seven years, we’ve managed to gain a fairly strong footprint in the South African domestic market. Finally, breaking beyond local borders is an exciting milestone for us. We’re thrilled to finally be able to operate our first international flight service. We identified Mauritius as an attractive opportunity for a few reasons. Firstly, our hope is that there’s scope to offer a great affordable low-cost option to access the island. Domestically, we’ve managed to open the skies to many South Africans who’ve never been able to fly before thanks to affordable fares. The hope is to do the same to Mauritius. The second reason we chose this route is merely the fact that it’s a well-established route. South Africans love travelling to Mauritius and there was scope for us to add flights using our jets without completely drowning the market.

The airline was granted the rights to operate to Mauritius in December of 2020, but the second and third waves of the Covid-19 pandemic halted launch plans. We will therefore start on 11 December 2021. The twice-weekly service will operate out of OR Tambo International Airport every Tuesday and Saturday. This follows the announcement on 10 September by the Mauritian government to re-open the island to South African travellers.

You said that finally breaking beyond local borders is a milestone for FlySafair. But what are your expectations in serving Mauritius?

Indeed, breaking the borders for the first time is a huge milestone for us. Our parent company, Safair, has been operating all over the world for over 50 years. So, it’s not entirely new for us, but it is very exciting to take the pink and blue tails across the border for the first time. We are very excited about Mauritius and look forward to bringing our business model to the island.

South Africans have had a long-standing love affair with Mauritius as a travel destination. Mauritius counted South Africa as one of its top five tourist markets. In 2018, 1.4 million tourists visited the island – exceeding its total population at the time – and South Africans made up 14.2% of these visitor numbers followed by Germany at 11.7%. On the flipside, there’s been steady growth in Mauritians visiting South Africa between 2018 and 2019 with a notable 6.2% increase year-on-year.

According to Statistics Mauritius, over 118,000 South Africans visited the island in 2019. Now, with travel restrictions having relaxed in stages and the island accepting South African tourists again, its once thriving tourism industry will get a much-needed boost. We’re hoping to provide some much-needed capacity on the route between OR Tambo and Sir Seewoosagur Ramgoolam International Airport.

Are you in partnership or working with a company in Mauritius?

We are obviously working closely with the Mauritian authorities as well as the local airport entities. We have also partnered with a ground handling firm in Mauritius.

How will you position yourself on the Mauritian market? Usually, low-cost carriers just go on a price differentiation. Can we have an indication about the airfares?

A price differentiation is absolutely key for low-cost carriers and we’re also very focused on reliability, ensuring a very on-time service and then of course, a great customer experience. Fares will start from about ZAR 4,950 which I believe translates to about Rs 14,000 one-way. That includes all taxes. The ticket is available for sale across all booking platforms since the 28th September with the first Mauritian-bound flight departing on 11 December 2021. Standard fares will include a 20 kg checked-luggage allowance and customers will have the option to upgrade their flight experiences with added extras like pre-selected seats, priority boarding and extra luggage. The airline will also be selling tickets in its new Business Class solution where middle seats between aisle and window passengers are blocked for added comfort and privacy.

Are you planning to cooperate with other airlines and set up code-share, maybe with Air Mauritius?

Yes, absolutely. We already have interline agreements in place with Air France, KLM Royal Dutch Airline, Kenyan Airways, Ethiopian Airways, Emirates and Qatar, and a few other airlines. We are also engaging with Air Mauritius and are exploring opportunities together.

In 2016, AirAsia X had spread its wings in the Mauritian sky but the project quickly fell through. What will be your strategy to avoid the same experience as AirAsia X in Mauritius?

Opening a new route always comes with a degree of risk. We’ve done a lot of research and we obviously believe that there’s a viable opportunity here. One thing that we recognise as key has been on forming strong relationships with various parties to support sales, like for example the holiday packaging companies on both sides of the ocean.

What was the impact of the pandemic on the activities of FlySafair?

The losses suffered by the airline industry have been massive, but as the world continues to open up, it offers us hope that we’ll be able to rebuild. There was a period in early 2020 when all domestic flying in South Africa was prohibited, which was obviously a very challenging time. Demand has also fluctuated through the various waves of the pandemic, but we’ve maintained a reliable service and have not stopped flying since we were permitted to do so again on the 14th of June 2020. Our teams have all worked very hard and have made personal sacrifices to support the company’s future, but we’ve managed to avoid any retrenchments or business rescue processes.

According to you, will low-cost airlines emerge stronger from the crisis compared to other airlines?

The theory usually holds that low-cost carriers tend to gain market share during times of economic hardship as people trade down from more expansive travel options to more affordable one; so, on paper this should be good for low-cost carriers. That said, the impact of Covid-19 has been so large, and brought in so many other factors for consideration, that it’s probably not entirely accurate to predict who will emerge strongest based on the business model. It’s most likely that those poised and able to take advantage of new opportunities quickly will be the ones to win in the medium and long term.

At one point, there was talk of FlySafair taking over Mango, the low-cost arm of South African Airways. Is it still relevant?

It would still make sense as a potential acquisition given the compatibility of our business models. Unfortunately, Mango is currently undergoing a business rescue process and is not necessarily for sale. Over the last few years, we have managed to gain a fair amount of market share and it could be argued that some of this has been taken away from Mango, but theoretically it would be something that we would consider. 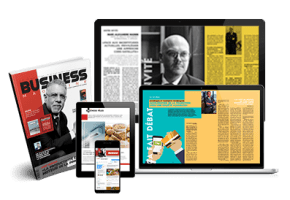